My best cycle rides have been long ones. For several years I set myself a target to cross all of England’s highest roads. There were just two rules: each day-ride had to start or end at home in York, and in one direction I was allowed to travel by car or train. At about the time I completed the last of England’s 27 paved roads over 500m (Great Dun Fell) I saw tweets about the 2015 Paris-Brest-Paris (PBP) event. I was looking for a new target and that gave me an idea.

The PBP looked seductively mad – but the next one wasn’t going to happen until 2019 so no pressure eh? Just sit in the armchair, watch the twitter feed, and slowly ponder action. That was a good until I learned of the 2017 London Edinburgh London. I felt trapped by my own target. When I did manage to sign-up in January I was immediately overcome with a feeling of panicky regret – like someone who has jumped out of a plane and not quite figured out how to open the parachute. Because I didn’t want to admit any degree of mental flux, I only told a very small number of my best friends of my plans. They knew I was beyond help – and most were kind enough not to say.

I couldn’t see how I could fully prepare for 5 days at 300 km a day. I don’t believe in training plans – I just cycle because I like it (most of the time). I fooled myself into thinking that riding 100 miles once or twice a month would stand me in good stead, when coupled with a weekly Sunday morning jaunt with the York Rouleurs (www.yorkrouleurs.co.uk). I also decided to throw in a 300km audax from Wigginton near home in May, and a return trip as part of the Dunwich Dynamo under the full moon in July.

Like other novices I met on the LEL I had resorted to the nerd’s comfort blanket – a spreadsheet. It only had two parameters: how fast I cycled, and how long I slept. It was disturbing to realise that the only parameter I could change to have half a chance of completing the LEL was the number of hours I slept. The comfort blanket felt decidedly prickly. I like sleeping more than I like cycling.

A plan is hatched

Unstructured thoughts about how to tackle the LEL came together during the two hours whilst I watched those start before me on Sunday in Loughton. Whilst there was something appealing about the tough-guy approach of sleeping in bus shelters at strange times of day I reckoned that habit was a slippery slope. I needed to keep to a day/night rhythm – even if some of those nights were destined to be quite short ones. I follow the Elton John maxim and don’t like to let the sun go down on me. May be this comes from years of Alpine summer mountaineering where you’re always trying to get back to base in the afternoon before the snow and ice has turned to slush in the sun. So apart from my 11.15am start on Sunday I cycled from about 3 or 4am until about 8 or 9pm each day, and had around four hours sleep each night. I was determined not to get into taking naps during the day under bushes. I had a silk sleeping bag liner and I was determined to use it on a proper [air] bed, and protect myself from those prickly blankets. 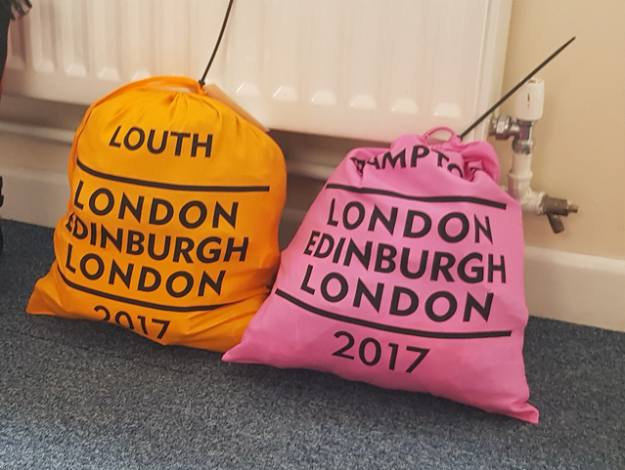 My Stash bags: Louth and Brampton

I loved the idea of the stash bags. Mine were at Louth and Brampton: orange and pink. It took me hours to figure out what should go ahead of me. I included in each stash a range of posh M&S snacks I’d look forward to – top-of-the-range muesli bars, cashew nuts, the M&S equivalent of Toblerone (Kinder Scout-shaped rather than Matterhorn), and two packets of Walnut Whips. The latter caused me to consider the weight of my emergency mechanical kit and as a consequence I ditched the chain tool. I didn’t eat all of this food though. Instead I ate five hot meals a day provided at the checkpoints, always going back for seconds! I liked having a substantial second breakfast between 7am and 8am – heaven. 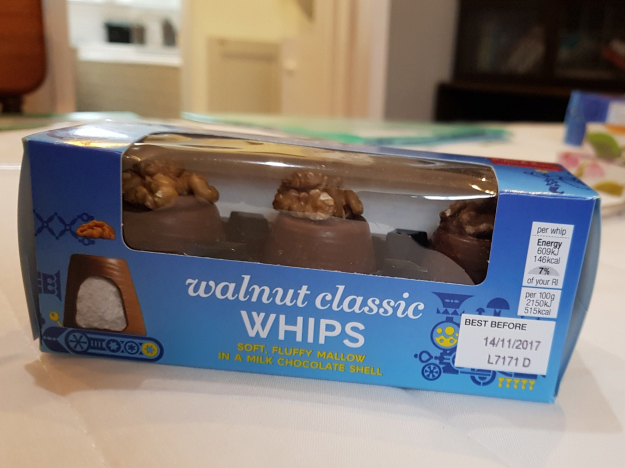 Substituted for a chain tool: reckless?

As others have said the organisation was superb. I remember London was rightfully proud of the volunteer “games-makers” who welcomed people to the 2012 Olympic Park. LEL 2017 volunteers raised an even better welcome. On arrival at each checkpoint, and often when I was tired, wet, or simply glad to be able to locate the checkpoint after four or five hours on the road there was a volunteer waving me in off the road like a pilot bringing an oil tanker into the Humber estuary. The welcome continued into each venue. Sometimes I felt like I was waited on hand and foot – like the time at Brampton I asked for my stash bag in the way one would ask for a coat in the cloakroom of a hotel, and then to have a very willing volunteer go and retrieve it for me from the store-room. And everyone was so friendly.

On the first day I rode with groups of cyclists all day all at slightly different paces; some faster and some slower. As the days went by the riders at checkpoints were all tending to be riding at roughly the same pace. This turned out to be fortuitous on the last day as a number of us rode in well-matched peletons across the Fens with the wind blowing firmly and strongly into our faces. I rode at various times with Americans, Koreans, Italians, Polish, Japanese and Germans as well as those from Welwyn, Dagenham, Bristol, and Newcastle. A fantastic variety of slightly-mad people from across the globe.

I really enjoyed travelling from the South to Scotland at a pace that allows change to be perceived in a way the car driver or rail traveller will miss.

On the first day I liked passing from the chalklands west of Cambridge onto the peat-heavy expansive corn-fields of Fenland. The run along the dyke of the River Welland from Crowland was framed under a dramatic late afternoon cloudscape. 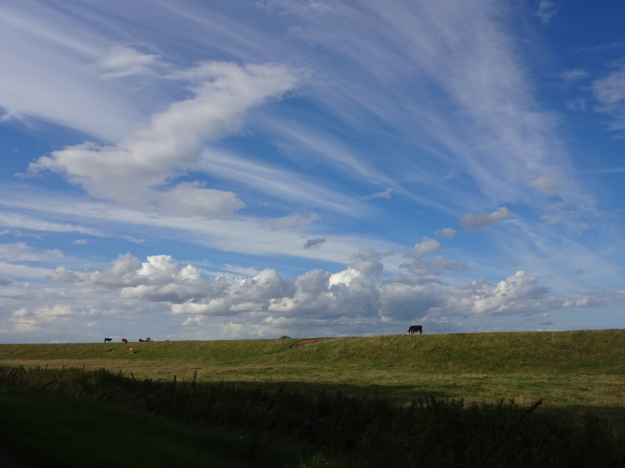 The River Welland: Crowland to Spalding

Sunrise from the Humber Bridge on day two provided exciting views over the expanse of estuary at low tide with drying mudflats. On the gradual ascent to Yad Moss I followed “Q41” – a velocar – which silently slinked its way up the gradient. I also left a bread-crumb trail of peanuts for others to follow. Great Dun Fell, brooding over Yad Moss, brought back memories of days on Britain’s highest paved road. An early evening descent of the heavily wooded South Tyne Valley to Brampton was welcome at the end of the day. 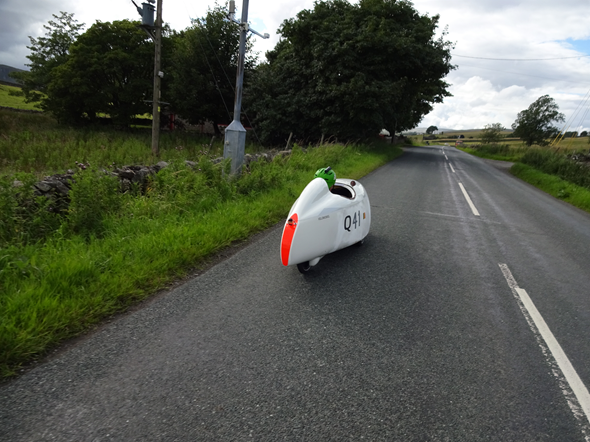 Velocar Q41 glides up the gradient to Yad Moss

On the third day after Moffatt we summitted the Devil’s Beef Tub – the top made mystical by being partially enveloped in cloud. It was followed by the a very gentle descent through the mellifluous and verdant landscape of the Tweed valley. In these days of austerity Scotland seems to have neglected its roads even more than England – and the remaining miles to Edinburgh were real boneshakers. My first mechanical was a puncture – air hissing from my tyre about 20 metres from the door of the checkpoint! The wonderful mechanic on site said “you have some lunch” (well actually a late third breakfast) – and “I’ll fix the puncture” – bliss. Thanks. 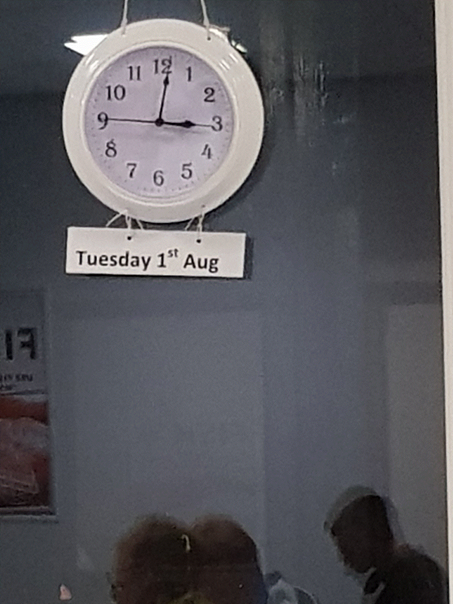 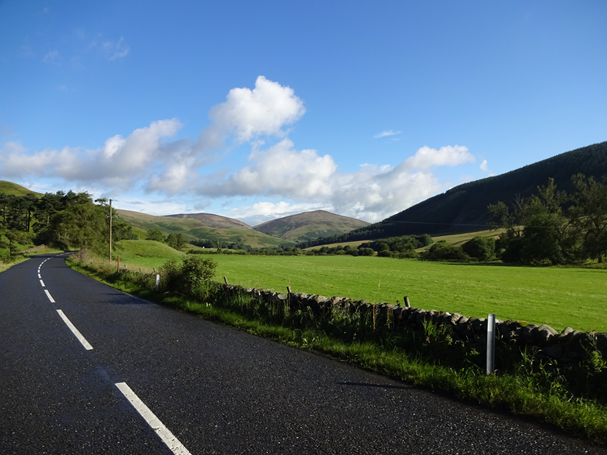 I was glad to have seen Arthur’s Seat and Salisbury Crags from the long ascent up what I now know to be the Moorfoot Hills. So my association with Edinburgh amounted to more than a quick lunch and a mended puncture. The primary school at Innerleithen was bedecked with flags of the world; whether accidental or planned it felt like a very appropriate welcome for the LEL. The route then crossed the Tweed again and followed the Esk Valley almost to Brampton. I nursed a broken spoke for the last 50 km – and carried on from Brampton with 31/32 spokes and a re-trued wheel. I couldn’t help thinking I was one sandwich short of a picnic.

Once the cobbles at Alston had been conquered (and why shouldn’t I use the triple ring on my touring bike?) then Yad Moss came easily and I began to think it was going to be all downhill to Loughton. Maybe I could even reach Spalding? Foul weather rose from the south as soon as I hit the Vale of York. The ride across Lincolnshire in the fading light and in heavy rain, was made all the more irksome by the fact that Lincolnshire is supposed to be flat. Louth southbound was my darkest hour! I was going nowhere after Louth that night. However, the weather displayed on monitors at Louth that evening had a row of the BBC’s menacing black “wind-with-strong-gusts” arrows underscoring the forecast for late morning in St Ives. Tomorrow was not going to be a good morning to have a lie in.

After a wake up “prod” at 2.30am (a great system btw) I set off into the wind. I routed via Frithville, on what must be one of the UKs straightest roads (even fast cars at dawn seemed to take ten minutes to go out of view), and through Boston in an attempt to get some shelter. I started well from Spalding towards Crowland, but was then quite exhausted, and mercifully met up with a group of VC-167 riders (from Newcastle area) who helped pull me over the Fens to St Ives. Any surplus funds following LEL 2017 should be donated to afforestation charities in Ramsey Heights (1 m above sea level). It was great to cycle through Cambridge – a college porter-type, dressed in formal-wear, wished us LELers good luck. Essex seemed to pass quickly, I was struck by the colours and pargeting of the plasterwork – I felt it was a much-derided county, although the Rolls Royce dealership in Great Easton makes one reflect that it may be a county of two halves. Loughton arrived at dusk – and not a moment too soon! What a wonderful welcome; photos, a medal, and my fifth meal of the day. I left two hours later with my bike in the back of what was the most welcome taxi ride I’ve ever had. 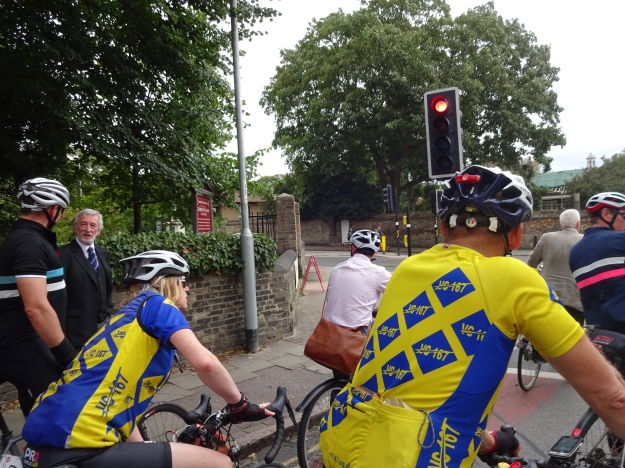 Encouragement in Cambridge from a smartly dressed gent

My overwhelming feelings apart from the personal satisfaction of completing the course, have been the generous and overwhelmingly positive approach of the volunteers, the international nature of the event, and the madness of it all. I welcome the fact that there’s been no rush to publish event statistics. I’m very glad I have four years to think about whether I should do it again. Thank you to everyone who had a hand in LEL 2017.

4 thoughts on “London Edinburgh London 2017: Experience of a novice audaxer”